Where The Transaction Is: Innovative Retail

If smart cities can buy residents time through better traffic flow, or peace of mind through telehealth services, then why not make it easier to buy groceries or a new pair of jeans? 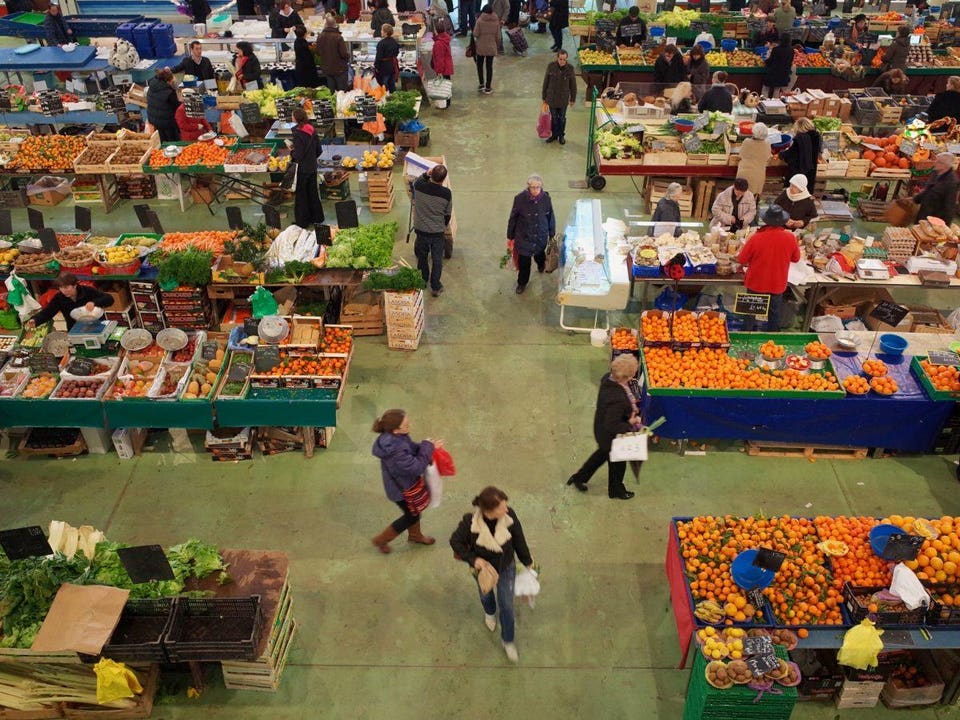 The Internet of Things (IoT) clearly has a retail element attached to it, though it may not immediately seem obvious. A 2018 Forbes Insights/Intel survey shows that there’s plenty of room to grow. When 211 senior leaders were asked whether retail already had IoT technology attached to it, less than 12% said yes, while roughly 7% said such solutions were currently being installed.

Yet beyond question, the benefits of connected commerce rank as important. When asked whether retail IoT solutions created a return on investment, 76% of those surveyed said yes—while 68% said that retail technologies have created improvements in the quality of life for citizens.

The good news is that some of the world’s leading cities are spotlighting what’s possible. In London—ranked second in the world among smart cities, according to a study by Juniper Research and Intel—the super-connected cities scheme is helping small and midsize businesses, including retailers, fund high-speed broadband access through vouchers.

Here’s a look at how the forces of IoT tech and data collection are already shaking the retail world, even as consumer activity becomes folded into the overall smart city experience.

While the sight of stores without cashiers might not be so common today, just wait. Across the globe, visionary and adventurous retailers are mounting projects that only promise to grow in number during the months and years to come.

In 2017, Intel announced responsive retail IoT technologies and a $100 million investment in advancing retail innovation. “One year later, we are seeing measurable results as our responsive technologies have been adopted by retailers in nearly 60 stores with 2,000 sensors, and 26 partners aligned to the vision to scale in a variety of environments,” says Joe Jensen, Intel’s vice president of the Internet of Things Group and general manager of the Retail Solutions Division.

What will frictionless retail look and feel like? In China, the retail giant JD has created what it calls “the store of the future,” with responsive retail technologies that treat busy consumers to a shopping experience marked by speed and convenience. From facial recognition that allows store access, to secure biometric checkout, to smart sensors that track customer movement in the store—and thus aid with optimal product placement—technology is redefining not just how JD’s customers shop, but how the retailer serves them with optimum efficiency. Thanks to the IoT technology, inventory accuracy at the JD location peaks at up to 98%.

In America, the early returns on cashier-free retail are no less impressive. In September, Standard Cognition opened San Francisco’s first public cashier-less store. Amazon also continues to make strides in this space. Growing from just one pilot location in Seattle to 10 projected by the end of 2018, Amazon Go hopes to open 3,000 cashier-less stores by 2021, according to a Bloomberg story published in September. The vision of CEO Jeff Bezos, as cited in the Bloomberg article, is to “eliminate meal-time logjams in busy cities”—human traffic jams, if you will—and reinvent brick-and-mortar shopping in the process.

The new concept aims to eradicate the bane of every shopper’s existence: the checkout line. The Amazon Go pilot store in Seattle combines machine vision, IoT sensors and a mobile app swiped at the store entrance to create what it calls “Just Walk Out technology.” The system tallies items as the shopper places them in a shopping bag (or subtracts them when returned to the shelves) and charges their linked Amazon account accordingly. This allows customers to simply leave the store when their shopping is done, while Amazon in the process collects data to gain and leverage customer insights.

Another example of smart retail might sound like supermarket science fiction but will soon be an omnipresent reality: shopping for groceries by taking pictures of a subway wall. In South Korea, Tesco launched a successful experiment known as the “virtual subway store,” where commuters used their smartphones to scan grocery items from two-dimensional “grocery shelves.” Waiting for them at home: a grocery delivery.

Take The Bus To The Future Of Shopping

In the smart city of the future—perhaps the very near future—taking public transit for a shopping run will turn into one historic ride. The Outdoor Advertising Association of America, in the report “Understanding Smart Cities and the Potential Role of Out of Home [OOH] Advertising,” describes a scenario where a consumer’s smart device, transmitted from a bus route, can trigger in-the-moment messages consumers can use. The information might include “an upcoming destination, reminders about previous purchases, and points-of-interest along the way,” the report states. “This ‘urban fact’ provides important insights to a list of organizations, including government agencies and businesses, which might desire to deliver hyper-targeted messages.”

And for the consumer, these reminders can save valuable time. Nothing’s worse than going out to run errands, only to discover that you’ve forgotten something. Because hyper-targeted messages will have relevance to the particular consumer, based on the data they generate, consumers will welcome them as personalized reminders.

Closely aligned with this is the question of how brands will reach consumers as they head to and from places, whether in a shopping center or an airport (or these days, both at the same time). To that end, smart retail is making a quantum-plus leap beyond the days of print ads and old-school billboards.

“Digital marketers and brands have always wanted to target a very specific audience, and for years, traditional media did not help them as such,” says Maroun Ishac, director of business development at Intel’s retail solutions division. But thanks to “digital out of home screens” (DOOHs), marketers can take their targeting down to the most granular of levels.

“Imagine if the DOOH screen becomes audience and contextually aware,” Ishac says. “That is really significant.” For example, imagine a digital sign that changes its message depending on who passes by it, and collects data based on the interaction—including how long the consumer looked at it, and what the response was like based on facial expression.

“The future of digital signage is predicated on our ability to help brands reach their targeted audience,” Ishac points out. “And the good news is that with Intel’s help, we can analyze massive data sets. We understand where consumers have been, are in the present and where they’re going—and leverage that to target them with the right message at the right time.”

As Ishac hints at, the beating heart of any retail operation lies in its data—the rich stream of constant, up-to-the-second data produced by sensors, computer vision and computing that analyzes data right at the source of where it’s collected, as opposed to sending it over the internet for processing.

Retailers obsess over foot traffic and demographics, crucial information that IoT can provide them. Computer vision in particular can play a role in collecting numbers such as the number of customers surrounding the building. And eventually, the data trails produced by consumer-carried devices—smart watches and smartphones, for example—will trigger sensors in stores that allow retailers to collect information that drives marketing efforts. That includes each customer’s average length of shopping over a series of visits and the regularity of returning shoppers, according to allmapdata.

“Data science and analysis allows us to collect the data a property generates and create a storehouse of great worth with permanence and purpose,” writes Chris Happ, co-founder and CEO of Goby, a company that specializes in smart building technology. “For example: What if you could count the number of artsy, bohemian males and females that pass by and through the entrances? This data set—a ‘hipster quotient,’ if you will—indicates how the block is becoming a magnet for trendy dining, arts and nightlife.”

To these ends, the upcoming revolution in 5G (or fifth generation) mobile communications will bring data and the accompanying analytics into sharper focus than ever. Aside from adding capacity—a must as more retailers come online with more connected devices—5G will boast astonishing speeds in the multi-gigabit-per-second territory—and latency of less than 10 milliseconds.

Putting It All Together

Keep in mind, none of this technology is hypothetical—and much of it is already operational. And based on the numbers from surveys, the enthusiasm of merchants and the early responses of consumers, the idea of smart city retail boils down to one word: sold.